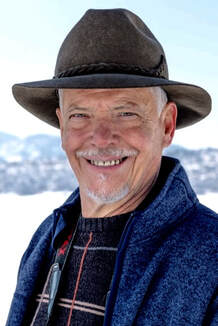 Andy Marquez entered into the art business as a photographer in 1984 while living in Houston. He participated in a number of festivals, not knowing that these would lead him to 800 more, throughout the years. After one year in Houston, Andy and Teresa moved to Colorado with their three-month-old son, Chris.

Before long this became a living. They traveled all over the state, then expanded to New Mexico, Arizona, Yellowstone, and Glacier in Montana.

In November 1992, the Marquez family opened their first gallery on West Main Street in Littleton, Colorado.

While doing a festival in Breckinridge they were invited by a customer to come stay a week with them on the island of Bermuda. Of course, they accepted. The following year they booked a trip to Greece, then Africa…

They began taking overseas trips for the sole purpose of photographing the wonders of the world. They traveled far and wide to such places as the Great Wall of China, Canada’s Hudson Bay to see the great polar bears, Machu Picchu in Peru, the Cliffs of Moher in Ireland and much more.

His favorite city in the world - Prague.

In 2008, he made his last overseas trip to Petra and Israel, rounding out images from all parts of the world.

The turn of the century brought Andy and Teresa an idea for a coffee table book, self-publishing their first, "Last Signs of the Frontier," 110 pages of old Colorado signs. Two more followed before releasing a wonderful Colorado book called "Colorado: A Breath Away From Heaven." This met with great success. An international one followed. They took a break until 2017, when Andy published a whimsical little storybook called, "The Adventures of Vilhelm and Gustavo." In September that same year came the big, long awaited, "The Magic and Wonder of Colorado," now meeting sales records like none they'd seen before.

A huge rent increase forced the Marquez’s from their gallery in Littleton in 2006. They found a place in Cherry Creek which was starting to do quite well until the economic collapse in 2008. Both Andy & Teresa were hit with life threatening illnesses, but they bounced back and relocated three times before finally saying that’s it for a gallery.

For most of his career, Andy has shot with a film camera, from a 35mm Minolta to a Pentax 645, which he still uses. He has added the use of an Apple iPhone 11, which he loves. “At my age and physical condition, it’s a lot easier than hauling the big equipment around.”

Andy has been a warrior, chasing the light to the finest moment.
© ​Andy Marquez Fine Art Photography in Denver, Colorado - Featuring scenic landscape photography and unique books.
Author of The Magic and Wonder of Colorado and The Adventures of Vilhelm and Gustavo: Journeymen from a Different Time
JOIN OUR EMAIL LIST